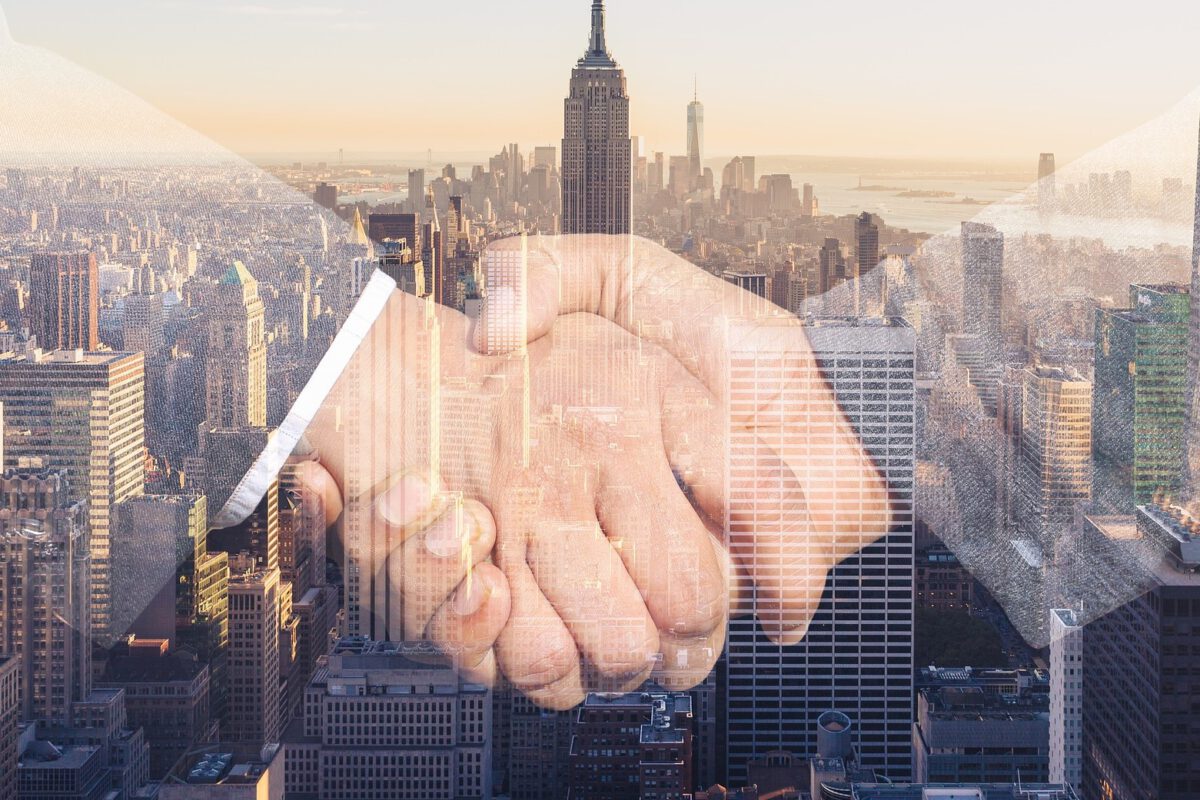 Provisions in Subscription Agreements of US Providers vs. Special Characteristics of German Tenancy Law – Negotiation Tips from Practice

More and more software providers are moving away from the “classic” sale of perpetual licences and offering Software as a Service (“SaaS”). This is the temporary use of software that is often hosted by the software provider in its own or rented data centres. Often no installation or maintenance of the software is required in the data centre and on the customer’s computers. Customers access the software solution via an internet browser or other remote data connection. The advantage is obvious: the companies have lower acquisition costs and the SaaS providers also save because maintenance and support for all users on a so-called multi-tenancy platform are much easier and cheaper. A classic provider of such a solution is Salesforce with its customer relationship management tool.

Contractual documents for SaaS and their legal classification

Contracts for the provision of SaaS services are usually referred to as subscription contracts and are classified as tenancy agreements under German law.

In addition to the subscription contract, support and maintenance are usually regulated separately in a so-called service level agreement (“SLA”). In the SLA, services or work performances are agreed, depending on whether a success is owed (then it is a contract for work) or not (in this case it is a service contract).

In Anglo-American law, which hardly knows any written laws but develops law through case law, there is – unlike in German law – no strict classification of such contracts into known contract types. Primarily, what the parties regulate in the contract applies, without these regulations being subject to strict content control of the GTC as in German law. This can lead to challenges in contract negotiations between US providers and German companies, as US providers provide for regulations in their standard contracts that are favorable to them far removed from the guiding principle of the tenancy and German law will only be applied in the rarest of cases.

Contractual regulations of US providers vs. special characteristics of German tenancy law

The classification of the subscription contract under tenancy law often leads to different expectations regarding the scope of the US provider’s warranty and liability. This article looks at the warranty and liability provisions in subscription agreements that are frequently discussed in practice and gives German companies tips on what compromise could be negotiated:

Have you ever negotiated a subscription contract with a US provider with your company and the provider offered you a warranty period of 30 to 90 days? German customers are rightly irritated by such short warranty periods, which are probably permissible under Anglo-American law. This is because German companies are used to the German understanding of the law: according to German law, the landlord has to hand over the rental object to the tenant in a condition suitable for use in accordance with the contract and to maintain it in this condition throughout the rental period. Instead of 30 to 90 days, the SaaS provider would thus have to provide the SaaS services free of defects for the entire period of use according to the German legal understanding. In the German law on sales and contracts for work and services, German companies in the B2B sector are also familiar with warranty periods of at least 12 months. So what can you do as a company to resolve this conflict?

Negotiation tip from practice: As a company, you should try to negotiate the extension of the warranty period in a first step. The intensity of these negotiations depends on the criticality of the SaaS service for your company. If the US provider refuses to agree to a longer warranty period, you should take into account in your risk assessment that most serious defects of a SaaS service will become apparent immediately after deployment. Moreover, in most cases the company’s goal is to have the SaaS service running without problems. This goal is achieved independently of the warranty via the support within the framework of the SLA.

US providers often limit their warranty to the fact that the SaaS service “essentially” corresponds to the owed functionalities or documentation. A formulation that leads to incomprehension among German companies, because according to German legal understanding, a defect is the deviation of the actual condition from the required condition, regardless of whether this deviation is significant or not. It becomes even more difficult for German companies if the US supplier does not want to rectify the defect, but only wants to make “reasonable efforts” to eliminate it. As a rule, German law only recognises performance obligations; effort obligations are in principle foreign to German law. Such formulations should be avoided, as “essentially” is an indeterminate legal term that can lead to disputes as to whether the SaaS service is free of defects or not. The US provider should also be obliged to remedy the defect. After all, a German company will hardly succeed in proving that the US provider did not make sufficient efforts. Here, too, the question arises as to what steps the US provider must take in order to have made a “reasonable effort”. The question here is how this clash of different legal systems can be meaningfully resolved for German companies.

Negotiation tip from practice: In practice, it has proven useful to fall back on the definition of errors in the SLAs within the framework of the warranty. In SLAs, a distinction is usually made between three error classes (errors that prevent operation, errors that hinder operation and other errors). In the case of a class 3 error (“other errors”), it could be agreed that these will be fixed with the next update. In these discussions, also bear in mind that providers of so-called multi-tenancy platforms – even with a pure commitment of effort – are under high pressure to fix errors quickly for economic reasons, as usually all users of the platform will be affected by these errors.

Discussion point 3: No right of self-remedy

Under standard subscription contracts, the US provider often only owes to rectify defects. The contracts make it clear that this contractual provision is the only remedy. German tenancy law, on the other hand, grants the tenant a right of self-remedy similar to the law on contracts for work and services. Following the example of the residential tenancy, such a right of self-remedy appears mandatory. For example, it is not acceptable to do without hot water for a longer period because the landlord refuses to carry out the necessary repair work. As a German company, should you insist on a right of self-enforcement?

Negotiation tip from practice: With the often very complex SaaS services, the US provider is the expert due to its development work and cannot be easily replaced by the company’s own IT staff or third parties. Therefore, it is usually advisable for both contracting parties to at least exclude self-remedy by the company. Certified partners of the SaaS provider, on the other hand, who have achieved partner status due to training and participation in a partner programme, can also rectify errors and defects. So that the company does not have to manage without a functioning SaaS service, reaction times and, in the best case (unfortunately often difficult to enforce in practice), troubleshooting times should be agreed in the SLA. These could be linked to the payment of a contractual penalty. In the SaaS environment, this is called “service credit(s)”. But beware (!) US providers in particular often stipulate in SLAs that the service credits are the “sole and exclusive remedy”. Service Credits are usually not higher than the monthly fee and are charged. The payment of Service Credits in combination with the provision that it is the sole remedy is usually another effective limitation of liability for the SaaS provider, which is not acceptable from a business perspective. Liability beyond the service credit should be agreed.

Response times are defined in the SLA. During these response times, the German company has no legal remedy, e.g. in the form of a right to reduce the rent. In German tenancy law, on the other hand, the tenant has a right to reduce the rent as soon as the rental object is defective. This also appears to be mandatory for residential tenancies as a guiding principle of German tenancy law in order to encourage the landlord to quickly remedy the defect and restore the condition of the rented flat in accordance with its intended use as quickly as possible. In the case of SaaS services, which are based on complex software that is “never error-free”, the hard sword of the immediate right to reduce the rent does not seem appropriate. Nevertheless, the question for the German company is whether this is acceptable or worth negotiating.

Negotiation tip from practice: With the response times and, if applicable, troubleshooting times agreed in the SLA, a compromise has developed that is acceptable to both sides.

US providers in particular limit their liability extensively in subscription contracts. Liability for indirect damage, consequential damage and loss of profit is always excluded. Anglo-American law knows so-called punitive damages. In contrast to German tort law, which only ever seeks to compensate for the damage actually suffered, courts therefore often award high amounts of damages, completely irrespective of whether the injured party actually suffered this damage. This approach is based on the idea of punishment and education. Against this background, US providers try to exclude their liability to a large extent by contract. Even in the case of direct damages, compensation is often limited to the remuneration that the German company pays for a certain period of time.

Negotiation tip from practice: Negotiations within the framework of these extensive limitations of liability are, from experience, often tough. How intensively these negotiations are conducted also depends here on the criticality of the SaaS service for your company. In the internal risk assessment, it should be checked which damage scenarios and damage amounts can realistically occur and the further negotiation approach should be oriented on this. In the case of business-critical, cost-intensive SaaS services, the willingness to negotiate on the part of the US provider is usually greater than in the case of small, less expensive services.

Even though US providers and their German customers often have divergent expectations due to the differences between the contractual arrangements offered along the lines of Anglo-American law and German tenancy law, in practice a regime has developed with SLAs that both German companies and US providers can live with, with certain renegotiations highlighted in this article, which German companies should try to do, especially for business-critical services.