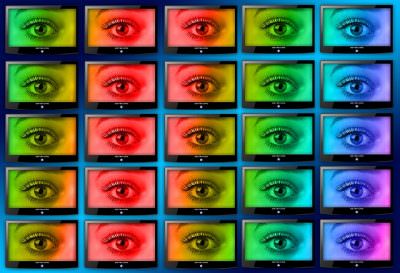 Dismissal based on serendipitous disclosure by covert video surveillance

The applicant had been working as a deputy branch manager for likely 15 years with the defendant, which is a company engaged in food retailing. The applicant was mainly employed as a cashier.

An annual stocktaking at the end of 2013 disclosed an inventory loss of approximately ten-fold compared to the previous year for the product groups tobacco/cigarettes and non-foods. According to the defendant, this loss could only be attributed to the employed staff. Since the subsequent revision measures, including employee’s bags checks did not explain the situation, the employer introduced a covert video surveillance for the cash desk with the approval of the installed works council.

A video sequence resulting from the video surveillance showed the applicant who uses a “sample bottle” taken over the scanner, carried out an empties registration and took money from the cash desk. The cash receipt generated by her showed an amount of € 3.25.

The disclosure of this process was a so-called “serendipitous disclosure”, since the deputy branch manager was not suspected of being responsible for the inventory loss.

The defendant dismissed the deputy branch manager without prior notice and immediate effect who started court proceedings against the company based on this dismissal. The first instance of the labour court allowed the appeal (ArbG Duisburg, judgment of 4.9.2014 – 1 Ca 272/14). The state labour court of the second instance (LAG), however, dismissed the action (LAG Düsseldorf, judgment of 7.12.2015 – 7 Sa 1078/14) and the Federal Labour Court (BAG) confirmed the decision of the state labour court.

From the data protection point of view, it is worth to take a note of the judgment. It deals with the controversial legal issue whether serendipitous disclosures could be a valid evidence when discovered in the context of covert video surveillance to disclose major offenses in the employment relationship.

Additional, the judgment clarifies whether the second sentence of sec. 32 para. 1 sentence 2 of the Federal Data Protection Act (BDSG) installs a restrictive effect and prohibits the use of covert video surveillance to investigate serious but not criminal offenses.

The judges assessed the employer’s approach is covered by § 32 para. 1 sentence 2 BDSG.

Since the principles laid down by the BAG in 2003 (BAG, judgment of 27.3.2003 – 2 AZR 51/02), covert video surveillance at working places breaches employees’ personal right to their own likeness if it is not installed:

The suspicion must be directed to an at least local and functionally distinguishable circle of employees.

Personal data of employees may only be collected, processed or used if actual documented evidences leads to the reasonable suspicion that the employee has committed a criminal offense related to the employment relationship. The collection, processing or use of the personal data needs to be necessary to solve the offence and the employee’s interests to be excluded from the collection, processing or use, in particular, does not prevail.

In the above ruling from 2013, the BAG expressly left open whether the covert video surveillance could be justified in compliance with sec. 32 paragraph 1 sentence 2 BDSG if a suspicion of a serious violation of duty exists without its criminality at the same time (BAG, judgment of 21.11.2013 – 2 AZR 797/11).

The BAG, however, stated at the current decision that sec. 32 BDSG bundles the principles developed by the jurisprudence, but does not want to alter them. If the wording of the second sentence in sec. 32 paragraph 1 BDSG differs to this intention, it is “accidently” unclear. Sec. 32 paragraph 1 sentence 2 BDSG is based on the required principles of the mentioned ruling of 2003. Accordingly, the wording of sec. 32 paragraph 1 of the Federal Data Protection Act does not prohibit investigations based on serious breaches of duties resulting from the employment relationship:

The circle of suspects must be limited as far as possible. However, sec. 32 paragraph 1 sentence 2 BDSG, could not to be understood in the meaning that surveillance measures are intended to cover persons who are suspected of serious breaching employee’s duties, only.

The admissibility of a data protection measure depends on its proportionality.

Every visible inspection measures must be exhausted before covert surveillance measures could be installed. According to the ruling, the employer was legally entitled to install the covert video surveillance, since the employer had previously used all available measures to determine the inventory loss unsuccessfully. Installing the covert video surveillance system was as an “ulima-ratio” solution. As the result, the employer was entitled to use the video recording as a proof of the serious breach of a duty to base its terminate without notice on this according to sec. 626 BGB (German Civil Code).