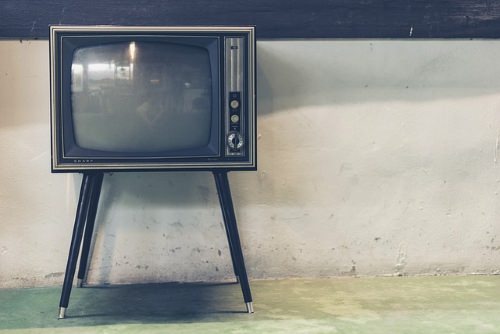 Is video streaming illegal by now?

The European Court of Justice (ECJ) (decision of 26 April 2017, ref: C-527/15) needed to decide whether the distribution of multimedia player enabling free access to audiovisual works protected by copyright without the consent of the right holders might be illegal.

The defendant sold on a number of internet sites various models of a multimedia player. That player is a device which acts as a medium between, on the one hand, a source of visual and/or sound data and, on the other hand, a television screen. On that player, the defendant stalled an open source software, which makes it possible to play files through a user-friendly interface via structured menus, and integrated into it, without alteration, add-ons available on the internet, created by third parties, some of which specifically link to websites on which protected works are made available to internet users without the consent of the copyright holders.  Those add-ons contain links which, when they are activated by the remote control of the multimedia player, connect to streaming websites operated by third parties, some of which give access to digital content with the authorization of the copyright holders, whilst others give access to such content without their consent. In particular, the add-ons’ function is to retrieve the desired content from streaming websites and makes it start playing, with a simple click, on the multimedia player. The defendant advertised the multimedia player, stating that it made it possible, in particular, to watch on a television screen, freely and easily, audiovisual material available on the internet without the consent of the copyright holders.

Initial, the Dutch foundation gave the defendant a last warning. On the basis of unexplained legal questions, the competent local District Court suspended the proceedings and submitted questions to the ECJ for a preliminary ruling. Regarding to these questions the ECJ decided the sale of the disputed player is a “public broadcasting” in the meaning of Article 3 sec. 1 of Directive 2001/29/EC and such devices are not excluded from the exclusive reproduction author’s right. The distribution of such a player leads to a copyright infringement.

Watching streamed online video is hold as non-infringement proceeding, since the user does not store any copy on his device. That means it does not reproduce the video in the legally sense of sec. 44a of the German Copyright Act (UrhG).

Against this backdrop, up to the decision of the ECJ the distribution of devices which play copyright-infringing online streams was regarded as lawful. The ECJ ruling switch this point.

The ECJ dealt with the question whether the player is “merely a physical provision devices” which in itself does not constitute a copyright infringement of “communication to the public”, or whether it might be itself a “public reproduction”.

According to the ECJ ruling it is already a public reproduction itself.

The ECJ referred to its case law that interpreted the concept of “communication to the public” in a broad meaning, to install a high-level protection of authors’ rights. Therefore, two cumulative criteria, namely an ‘act of communication’ of a work and the communication of that work to a ‘public’ need to be fulfilled.

Amongst those criteria, the Court has emphasised, above all, the essential role played by the defendant. The defendant makes an act of communication when he intervenes, in full knowledge of the consequences of his action, to give access to a protected work to his customers and does so, in particular, where, in the absence of that intervention, his customers would not, in principle, be able to enjoy the broadcast work.

Next, the ECJ has specified that the concept of the ‘public’ refers to an indeterminate number of potential viewers and implies, moreover, a fairly large number of people who potentially might buy the multimedia player.

The ECJ also dealt with the question of whether temporary reproductions for video streaming might be reproduction of the copyright owner according to Article 2 of Directive 2001/29.

Under Article 5 (1) of Directive 2001/29, an act of reproduction may be exempted from the reproduction right provided for in Article 2 thereof only if it satisfies five conditions, that is, where

Furthermore, Article 5 (5) of Directive 2001/29 does not affect the “normal” exploitation of any work or any other protective article, or the legitimate interests of the right holder are not unduly infringed.

The court held at least the condition 4 is not fulfilled by the multimedia player in disputable, since no legal use might be possible.

Furthermore, Article 5 (5) of Directive 2001/29 is also affected, according to the exception of the exclusive right for reproduction is unlikely to affect the media player as a result of the copyright owner which infringes the normal exploitation by the authors and unduly violates the legitimate interests of the rightsholders.

III. Transfer to other issues

The ECJ ruling raised the concerns that it could be applied to any other devices for playing illegal content, such as the PC.

However, this concern could be seen to be unjustified.

The ECJ itself held the main incentive for using the media player with its pre-installed add-ons is to get access to an unauthorized offer of copyright protected works.

The players were actively advertised to grant that access to copyrighted content and were actually able to provide it. It was also considered by the ECJ that the defendant acted with the intention of making profit by violating copyrights.

In contrast to an ordinary computer, which also grants access to illegal content, the special feature of the multimedia player dependents on its application and the range of functions to receive and display copyright-infringing content. The main difference to devices providing an ordinary browser, which allows access to unlawful content, is that the multimedia player was delivered with a browser, which is explicitly pre-set to make illegal content available without further hurdles, so the copyright infringements will be caused by the pre-configuration.

The ruling also points out that multimedia media player such as those at issue got addressed by the judgment, only.

In contrast to the public debate, the ECJ has not declared the streaming of content being against the law, it says the distribution of multimedia media player, which grants easily access to unlawful content according to the prior PR advertising need to be prohibited. No findings can be picked out of the judgment, which can lead to a mass warning of user.