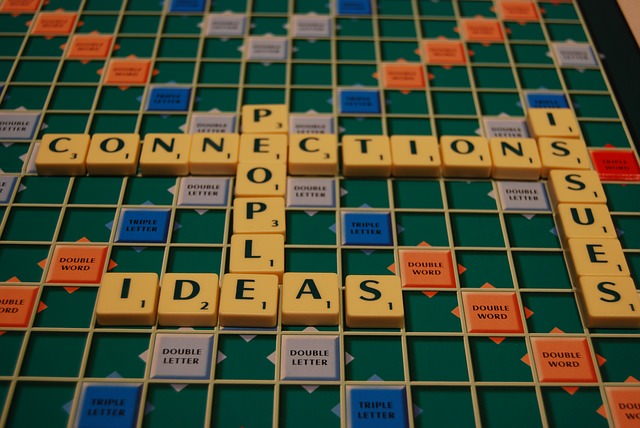 District court Hamburg: Linking as a breach of the legal provisions

By the decision of 18 November 2016 (310 0 402/16), the district court Hamburg ruled in the preliminary injunction proceedings that profit-making website operators might infringe author’s statutory right by making the original available to the public referred to in Section 19a Copyright Act (UrhG). In the opinion of the judges the decision actually leads to a review obligation of website operators whether they link to copyright infringing websites.

The decision, which is largely based on the “Sanoma decision” of the ECJ published in September of this year (C-160/15) on the issue of linking. The decision is not only criticized by lawyers. However, if this reading of the ECJ decision will be successful, it would increase the risk of warning and generally increasing legal uncertainty when linking to third-party content.

The decision was based on the following facts:

The complaining photographer had taken a photo and issued it licensed by a Creative Commons license. Regarding to the license stipulations any changes to the photo required an explicit note. The photographer discovered on the applicant’s website an article, which was published by using his photos. This photo in issue has been redesigned by the website author. There was neither a consent to use, nor a reference to the alteration of the photo. After the defendant had not signed the cease and desist declaration with penalty clause, the claimant initiated temporary injunctions court proceeding.

1. Link as a public reproduction

The district court Hamburg essentially decided that the alteration of the photo without any consent and contrary to the license stipulations violates sec. 23 sentence 1 of the Copyright Act (UrhG). The website which published the article and the altered photo is a “public accessibility” (sec. 19a UrhG) of the claimant’s altered photo within the meaning of sec. 23 sentence 1 UrhG. Referring to the recent ECJ ruling, the district court decided regarding to the claimant’s linked photo:

“The defendant ‘s linking to the altered photo is a public communication in the sense of the cited ECJ case-law.”

In the light of the ECJ’s case-law, the district court affirmed the objective and subjective legal prerequisite of “public communication by linking”.

According to the ECJ case-law, the issue is whether the photo is made available to a new group of people, of which the copyright owner had not thought when he allowed the original public communication. The Hamburg judges concluded that the public communication in the specific case depended on the fact whether the claimant had given his consent to a freely accessible altered photo, which was denied, since neither an author’s consent exists, nor the alteration was not covered by the license.

The prerequisites of the subjective elements for the attribution of the law infringement will play an essential role in practice. Here, the district court referred in large passages to the ECJ ruling.

The ECJ judges came to the conclusion that the commercial magazine, despite the knowledge of the legal infringement, once again linked to copyright-infringing content. Against this background they decided:

“[No 49] In contrast, where it is established that such a person knew or ought to have known that the hyperlink he posted provides access to a work illegally placed on the internet, for example owing to the fact that he was notified thereof by the copyright holders, it is necessary to consider that the provision of that link constitutes a ‘communication to the public’ within the meaning of Article 3(1) of Directive 2001/29.”

The wording “knew or ought to have known” establishes the negligence in which the infringement treatment is attributable to the infringer. The ECJ, however, did not leave it in the case of liability for intent or negligence, but in the case of a person with a profit-making perspective, the ECJ assumed a refutable presumption concerning the need to know, and therefore negligent ignorance:

“[No 51] Furthermore, when the posting of hyperlinks is carried out for profit, it can be expected that the person who posted such a link carries out the necessary checks to ensure that the work concerned is not illegally published on the website to which those hyperlinks lead, so that it must be presumed that that posting has occurred with the full knowledge of the protected nature of that work and the possible lack of consent to publication on the internet by the copyright holder. In such circumstances, and in so far as that rebuttable presumption is not rebutted, the act of posting a hyperlink to a work which was illegally placed on the internet constitutes a ‘communication to the public’ within the meaning of Article 3(1) of Directive 2001/29.”

In the decision of the district court Hamburg the judges continue on this scale of fault:

“Therefore, the ECJ only accepts an infringement of the right to a public communication if the link is culpably done in the sense that the responsible person had “known or should have known” the illegality of the linked accessibility (No 49). The latter also being intended to cover cases of negligence. According to the ECJ ruling, the scale of the offense depends on the responsible person. No 51 clarifies that a higher scale of fault applies to a person who acts with a profit-making intent: that person is expected to ascertain whether the linked content has been made lawfully. The refutable presumption of knowledge of the missing permission applies”.

The defendant stated that he had acted in the knowledge of the ECJ decision, but did not started any investigate on the photo’s copyright history because he found the ruling being contrary to fundamental principles and incompatible with the EU Charter of Fundamental Rights. From this, the court held that the defendant had accepted the illegality of the content at least as approvingly and thus acted intentionally. Even without a conditional intention, the liability would be conceivable in that case: since the defendent sold teaching material on his website and, thus, he ran his website with the profit-making intent, the refutable presumption applies. Hence, he ought to have known the copyright infringement on the linked website.

In fact, the copyright test is likely to be difficult for small businesses and firms without their own legal department. In order, not to tap into the warning-trap, linking to content of others should be avoided in every case of doubt.

If the economic importance is calculated roughly, a total of 960 EUR net lawyer costs (own and opposing attorneys’ fees) will result for the court proceeding which would need to be payed by the losing party in case no court appointment would be necessary. When the parties meet at the judges’ bench, additional EUR 848 will be charged. There are also costs of 248 EUR for the court. To sum up, this is EUR 2,000. If the matter is not terminated in injunctive proceedings, the costs are doubled.

The decision of the district court Hamburg provides a taste of the issues raising from the ECJ jurisprudence for the internet economy. Commercial web site operators are advised, due to the uncertain legal situation, to check whether there are obvious copyright infringements on the respective website and, before linking to contents of third parties, and in case of doubt, better avoid any links. Whether the arguments of the district court will be successful in the future is open by now. In the course of the decision, the district court Hamburg at least gave the impression that the consequences of the jurisprudence brought up by the ECJ were not certain entirely:
At the request of the famous Heise publishing house to confirm that all copyrighted contents on the court’s website “do not violate the provisions of the copyright or related laws”, the court answered three days later evasively that “contents that is available on the district court’s website is lawful, but there is no need for a legally binding declaration.”

The answer is understandable, since no one would be responsible for third-party content.