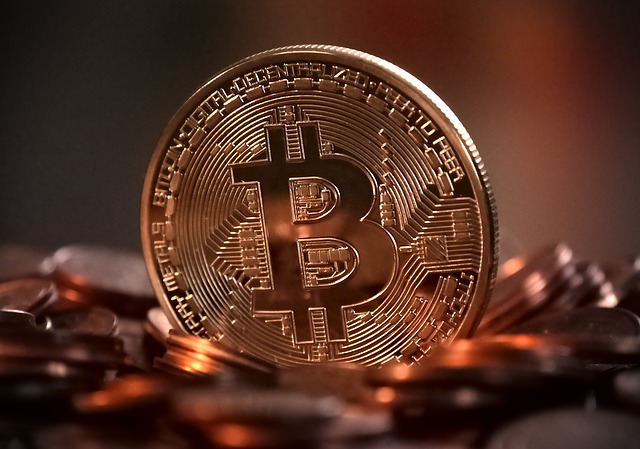 After the Hard Fork – can Exchanges Keep Bitcoin Cash?

Beginning of August, Bitcoin went through its first “hard fork”. Users who kept their Bitcoin in their own e-wallet now have access to an equal amount of “Bitcoin Cash”. But what if the Bitcoins are deposited at an online trading platform? Is the platform obliged to hand out the new cryptocoins to its users?

Like most cryptocurrencies, Bitcoin is based on a public register of transactions which is amended block by block (hence the name Blockchain). New blocks are continuously created by so-called miners using high amounts of computing power (the energy consumption has reportedly exceeded that of Croatia!). If the newly mined blocks comply with the rules built into the Bitcoin software, they are accepted by the nodes of the network and thus added to the blockchain. The transactions recorded in them are thereby confirmed.

The concept of Bitcoin, however, has to be adjusted to new technical developments and the enormous growth of the network. From time to time, this requires changes to the rules of the Bitcoin software. The decentralized organisation of the Bitcoin communities makes it difficult to build a consensus over such changes. In the worst case, a renegade part of the community follows its own concept, not minding a potential split of the original Bitcoin currency.

This was the case on 1 August 2017. Since then, one part of the community follows its own blockchain, which allows for much larger blocks, but rejects a feature called SegWit which the majority had agreed to activate for Bitcoin. Through this bifurcation of the blockchain – a so-called hard fork – an alternative, independent cryptocurrency named Bitcoin Cash has been created, operating parallel to Bitcoin.

Technically speaking, this means that with the new blockchain, for each Bitcoin address, an identical Bitcoin Cash address has been created, holding the same amount of (Bitcoin Cash) currency units. The result is similar to a stock split: 10 Bitcoin become 10 Bitcoin + 10 Bitcoin Cash. Since the fork, users possessing their own e-wallet and controlling their bitcoin address(es) can trade in both currencies.

Many users do not hold their Bitcoins themselves, but have deposited them with an online exchange (such as Kraken, OkCoin etc.). The exchange takes care of the technicalities of holding the Bitcoins. The exchange thus controls the Bitcoin addresses and therefore also the use of the new Bitcoin Cash. Many exchanges have announced to enable their users to access Bitcoin Cash according to their respective Bitcoin assets at the time of the fork, and some exchanges have already done so. A notable exception is Coinbase, which sent an e-mail to users announcing that it intended not to support the new currency and not to grant its users access to Bitcoin Cash. After massive protests and a wave of users moving their Bitcoin out of the exchange, Coinbase has changed its opinion and now says it wants to support Bitcoin Cash.

Who owns Bitcoin Cash – the Trader or the Exchange?

With Bitcoin Cash, a considerable economic value has been created. The new currency units have at times been valued as high as 1/4 of a Bitcoin. At the time of this article, they are worth around 8% of a Bitcoin. This still means a market cap of more than three billion dollars. This begs the question: Who owns the Bitcoin Cash – the Bitcoin Traders or the Exchange?

Is it at all possible to decide such a question under the law, or do cryptocurrencies exist in a legal vacuum, outside the realm of our laws? It is certainly true that most of the current laws have not been made for cryptocurrencies. It is therefore subject of debate how Bitcoins fit into the traditional nomenclature of the law. However, from a legal perspective, this situation is not at all new. As part of their daily business, jurists apply legal rules in circumstances which have not been foreseen when the rules where enacted. Legal tools to handle such cases include in particular

Thus, nobody has to fear that Bitcoins exist in a legal vacuum. It has been proven e.g. by the European Court of Justice that the law does provide answers. The Court ruled in 2015 that Bitcoin – although not an official currency – are within the scope of a certain exemption under European tax law and therefore not subject to VAT [press release as PDF].

Following Coinbase’s initial refusal to support Bitcoin Cash, users have already threatened to file law suits against the exchange. According to the Coinbase User Agreement, Englisch law applies. Like US law, English law is part of the Common Law. US jurists have argued in favor of the users that according to the Common Law

A similar assessment as made by the US colleages seems appropriate under German law as well. Granted, it is still debated how Bitcoins fit into the terminology of the German Civil Code (BGB). Probably they cannot be considered as things (cf. Sec. 90 BGB) nor as rights, but have to be qualified as “other incorporeal objects”. In any event, the following assessments and comparisons suggest themselves:

In my opinion, the obligation to hand over the Bitcoin Cash to the user cannot be excluded in the user agreement. A clause having that effect would be void under the law of terms and conditions. The reason is that such a clause would limit essential rights which are a natural part of the user agreement with an online exchange, and this limitation would jeopardize the achievement of the typical objectives of such a contract (cf. Sec. 307(2) no. 2 BGB).

Conclusion: After more than a Century, the BGB still has some Answers

Clearly Bicoin should be regulated to address specific problems, which e.g. exist in the domains of criminal law, employment law or financial regulations. However, this does not mean that the civil law has to be reinvented. The German Civil Code, enacted as early as 1900, still offers a sound basis to tackle practical problems in the relationship between users and online exchanges. In the example given above, users seem to have some legal trump cards when they want to enforce access to “their” Bitcoin Cash. However, as always, there is no certainty until the courts have decided the issue.